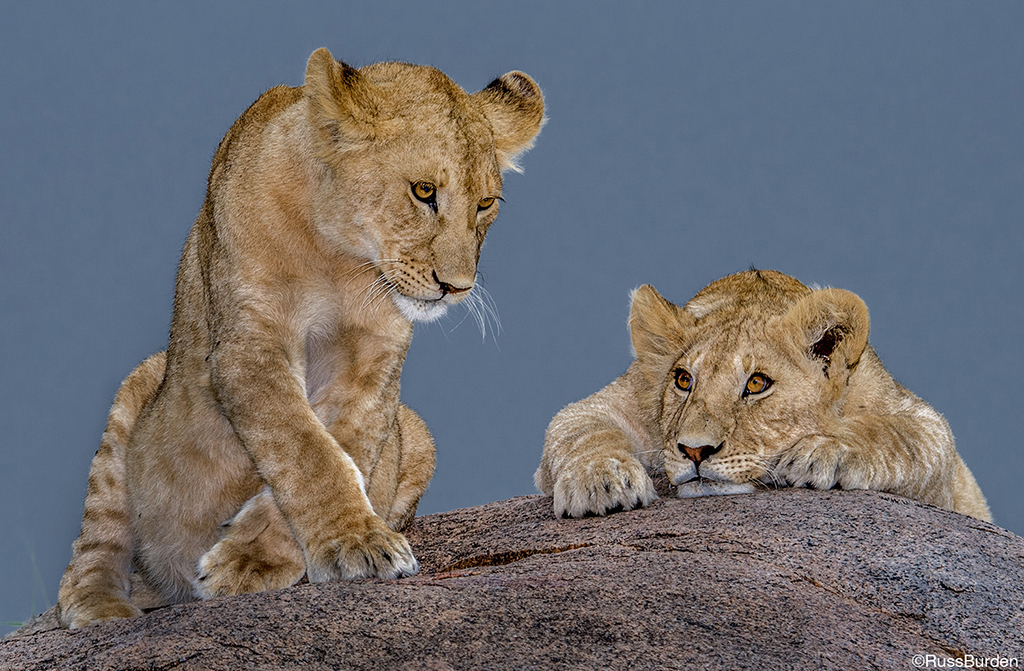 Without light, photos can’t be made. Pencils and pens are used to write words on paper. Light is used to write images to digital sensors and film. The beauty of photography is that subtle differences in light can determine whether a photo is great, mediocre or bad. Light is what allows the shape and form of the subject to translate to a computer screen or photo paper. The color of light can add brilliance or make a photo bland. A lack of light creates dark shadows. Too much light creates harsh contrast and causes overexposed highlights.

As stated in Part 1 of last week’s tip, in an ideal world, photographers would be able to fully control all light. When that’s not possible, make the most of the light you’re given. This week, I share five more images that illustrate different lighting examples. I hope these are just as helpful and allow you to glean more information to take advantage of the light you’re bestowed to make the most of a situation. 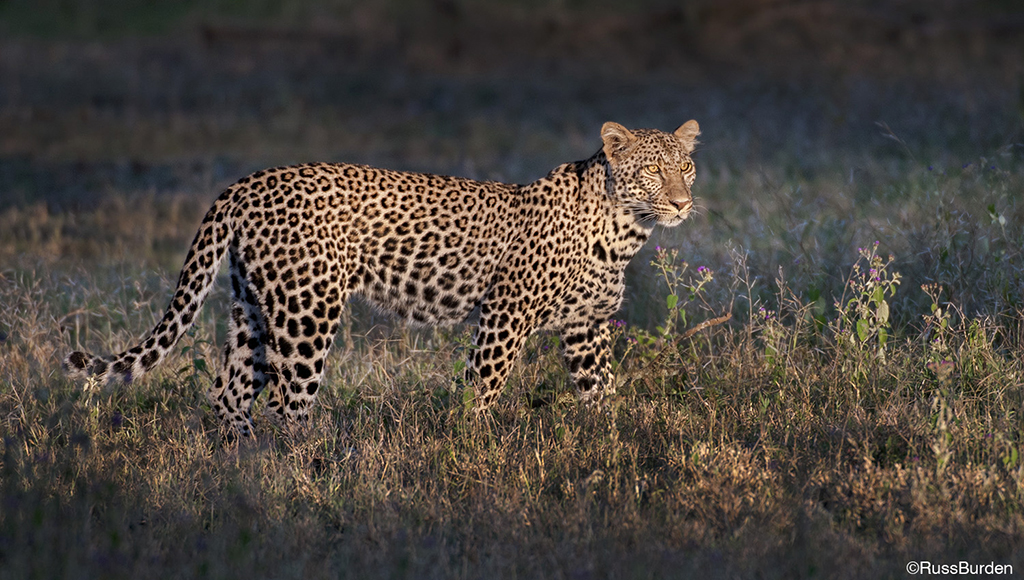 Spotlight On The Leopard

During an afternoon game drive in the Central Serengeti, we went on a mission to find a leopard. Karma was with us as we spotted one in a tree. Our good karma grew as he came down to hunt. The drawback was that the sun was nearing the horizon. Along the area close to the equator, it drops quickly. We followed him and made photos as he walked in the shade. I made a quick scan of the environment and saw a patch of light. I pointed it out to my guide, he smiled as he knew what I was thinking and both vehicles quickly drove about one-fifth of a mile away. The leopard’s trajectory had him heading to the light. The entire time the leopard spent in the sun was no more than seven seconds, but once everyone looked at their LCDs of what just took place, they were grateful we made the move. The light in which the leopard walked spot lit him in a way so he stood out from the background. Just the animal was illuminated. I refer to it as “the edge of light” and have written an entire tip on just the topic. Learn to anticipate light and an animal’s behavior. 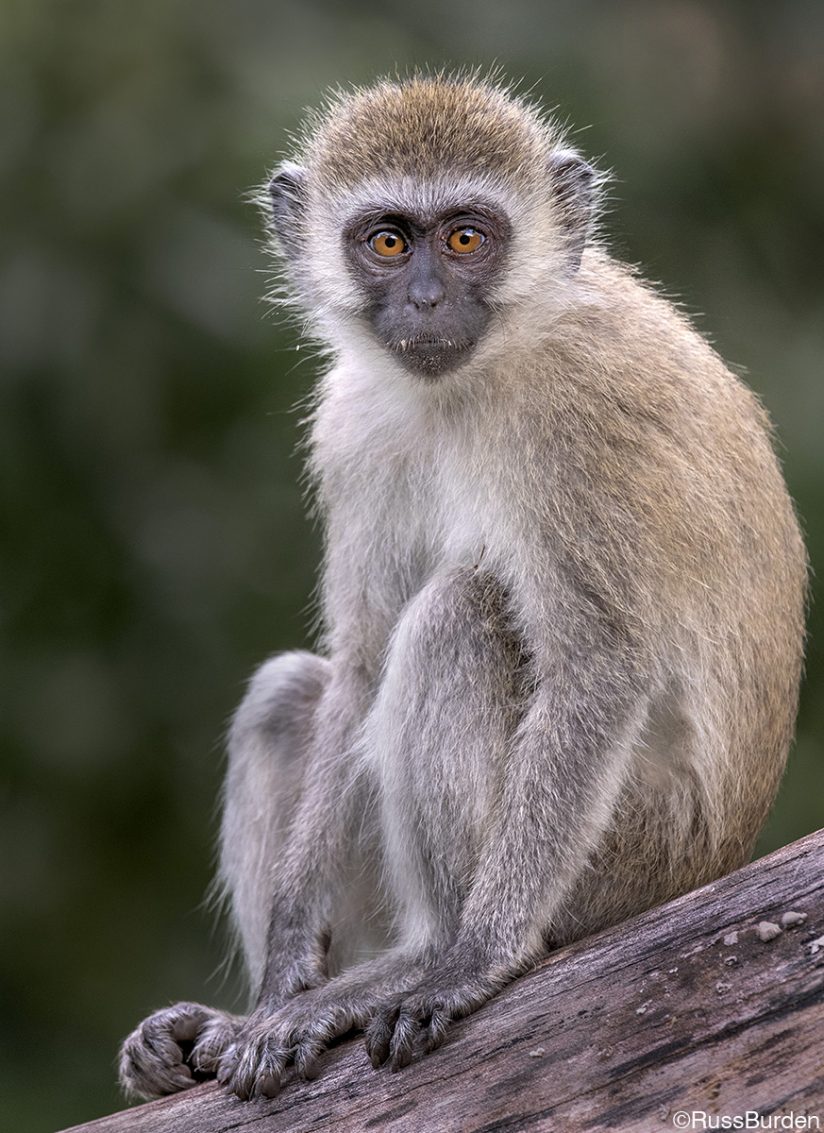 In an indirect way, low light levels are beneficial. One huge benefit is it constrains a photographer to use a wide-open aperture in order to get a fast-enough shutter speed to prevent long lens camera shake. A wide-open aperture helps throw a background out of focus. This in turn allows the subject to be sharply defined and not show clutter and distractions. Granted, the subject needs to be a certain distance from the background in order to produce the effect, but the end result is a cleaner photo. If light levels are higher and Auto settings are used, the camera may select a stopped-down aperture, which would bring the background into focus. Ultimately, you want to take charge of all of your settings on demand, but for the times a photographer forgets, low light works well. 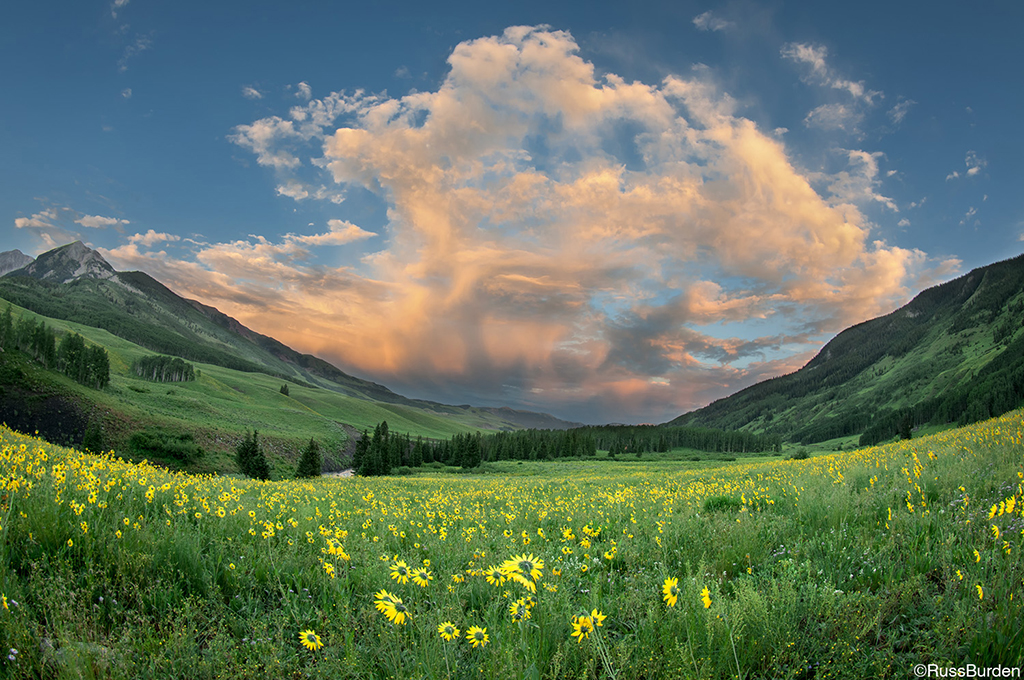 Sunrise and/or sunset in the Colorado Rockies in the spring can be very dramatic. The scenery is vast, the skies are immense and the clouds may provide much drama and color. On the morning the accompanying image was captured, I loved every aspect of how the clouds filled the bowl between the peaks. I didn’t want to cut off any part of the sky, mountain edges or foreground. I could have stitched a pano using a longer lens, but I had quick access to my super-wide zoom and made a quick change. As I studied the viewfinder and noticed the foreground bend due to lens distortion, my smile grew large. In this case, the way I maximized the light was via a lens change. The tip to which this relates is to be organized, know your gear and be able to react quickly to lens changes and all other aspects of your photography. The photo was made with a 10-17mm zoom set to 10mm. 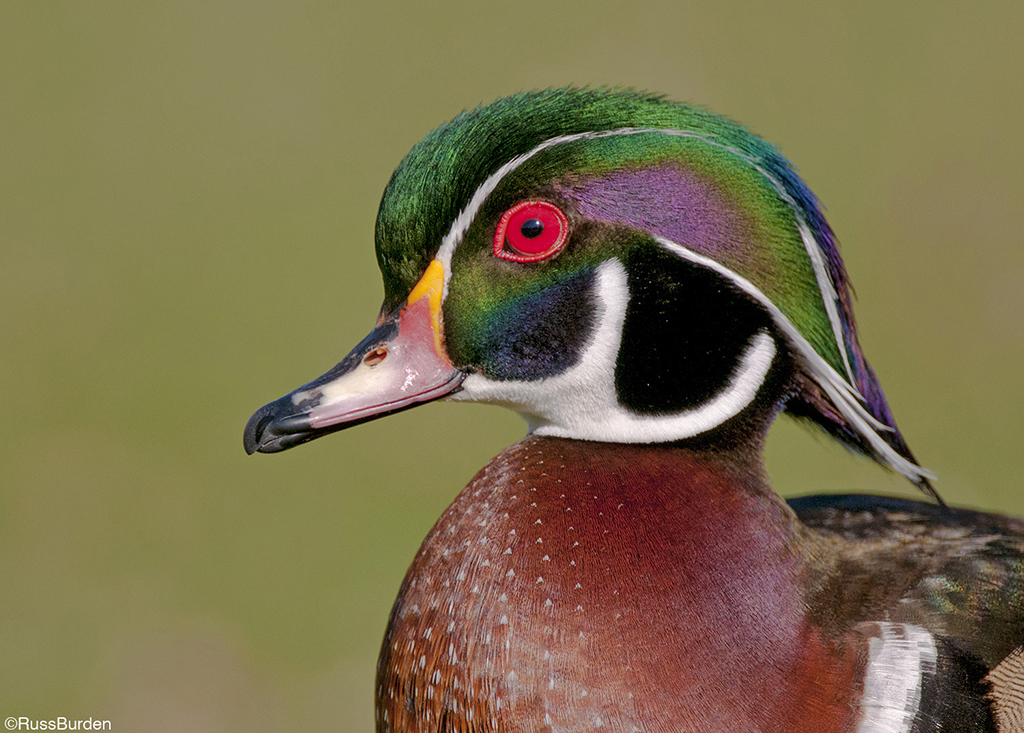 The primary reason I made a full frame headshot of the male wood duck is because the light was too contrasty to create full body photos. By coming in tight, a lot of the contrast isn’t revealed. When this wood duck rested where he did, it was perfect—the reason for the perfection was it alighted on a large bleached out bright rock, which bounced a lot of light back onto and underneath the duck. I used a 600mm lens and found a small section of the background where the light was even. Note the highlight in the eye that shows the angle of the sun. It was much later in the morning than I’d normally stay to make images, but I was with friends and we sat around to talk. When I saw the wood duck sit on the rock that provided bounce light, it allowed me to maximize the late-morning illumination.

I love to use flash outdoors either as a main light or source of fill. Most often, I use it to brighten up shadows and/or tame highlights. In the image of the lion cubs on the kopje at the top of this article, rather than dial down flash exposure compensation, I made the image at full power as an “experiment.” The purpose of the “test” was to try to richen up the intensity of the sky. The lions were fairly close so the flash became the main light. In that it sent a bright burst, the ambient light reading allowed the background to go darker. In this case, the sky became bluer and more saturated. I maximized the light I was given by making a connection to previous situations where I used the same technique. For me, the flash provided just enough light on the cubs and just enough darkening of the sky to be happy with the outcome.

The more you’re in the field and learn to study light, the sooner you’ll see there are times when it may not be what was desired, but there are ways to adapt and still come back with winners. Learn to read the light, what you need to do when it’s not ideal and how to fully take advantage when it’s good. The sooner you learn the nuances, the better your photos will be.

To learn more about this subject, join me on a photo safari to Tanzania. Visit www.russburdenphotography.com to get more information.