Varanasi is known as the holy city of Lord Shiva. Bulls are everywhere in the town, from the residents of people, roads, inside shops, and even in the burning ghats. Locals highly respect the bulls as they are considered sacred animals due to their connection with Lord Shiva. They coexist in harmony and are an essential part of the people’s life in Varanasi. 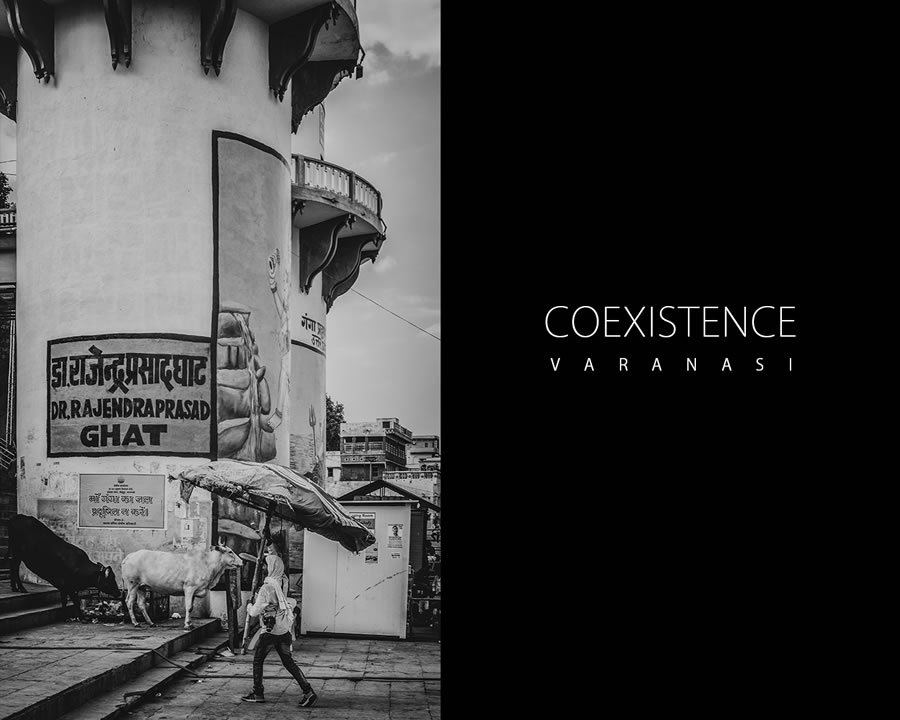 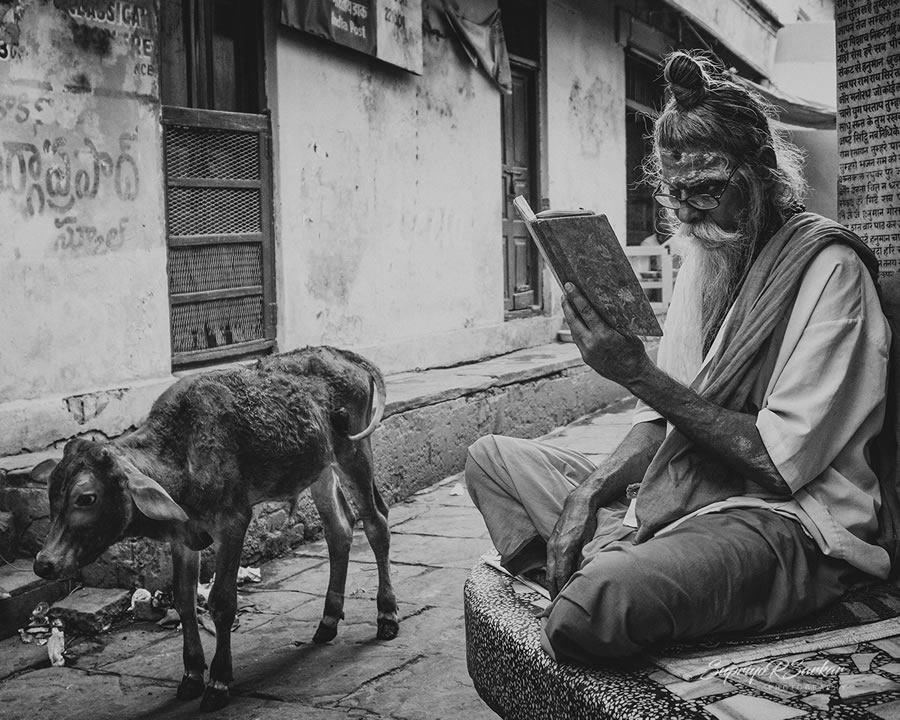 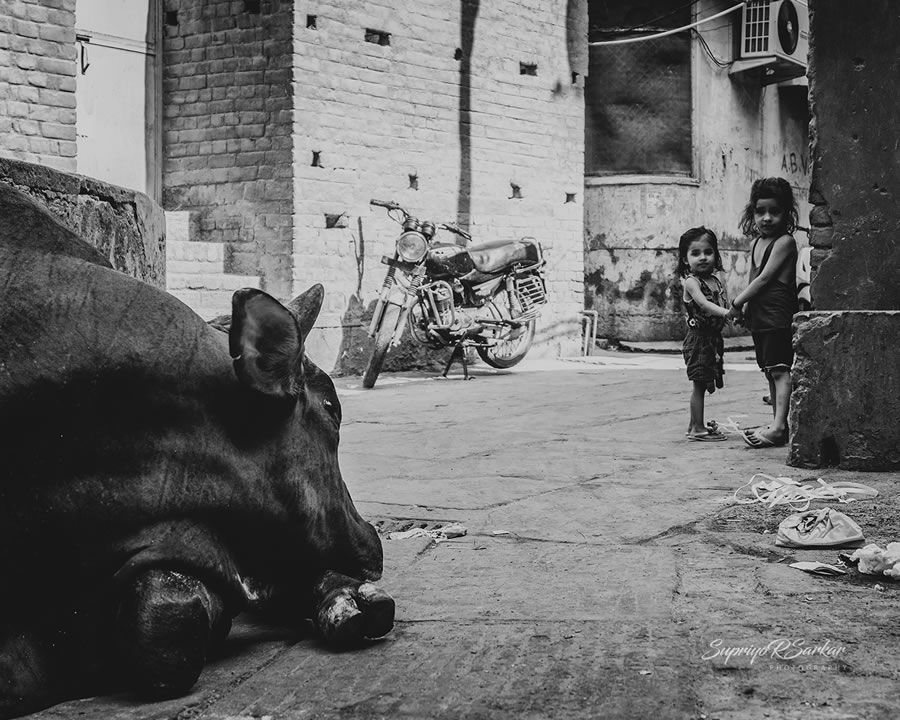 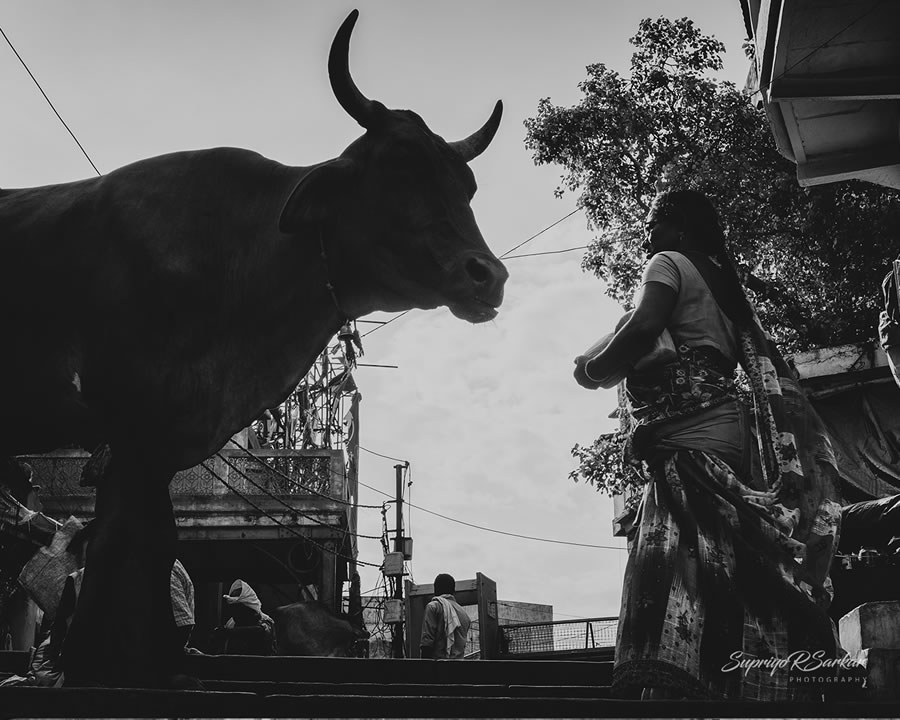 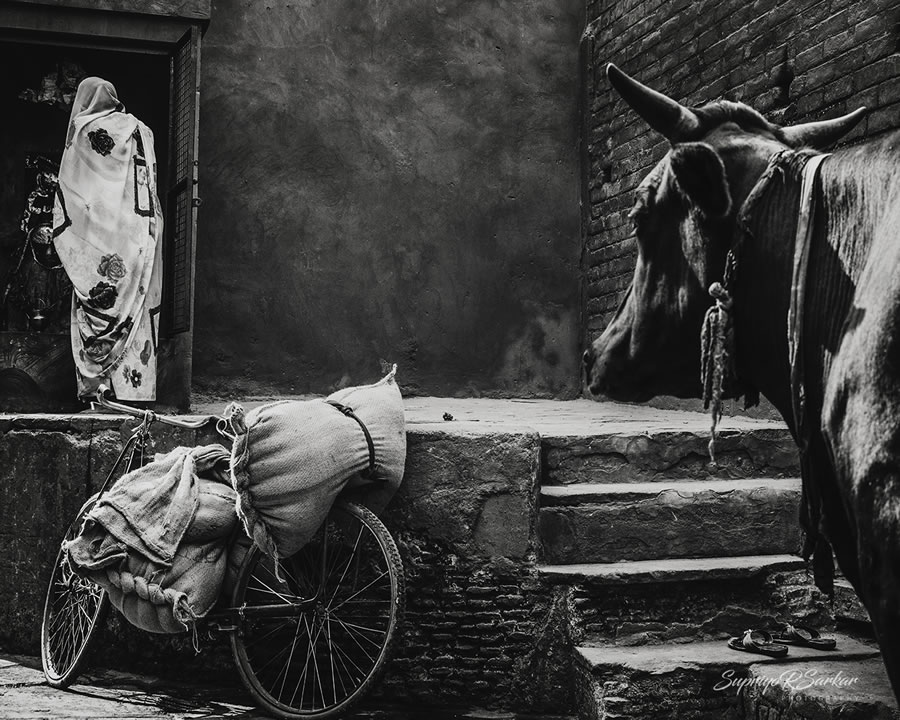 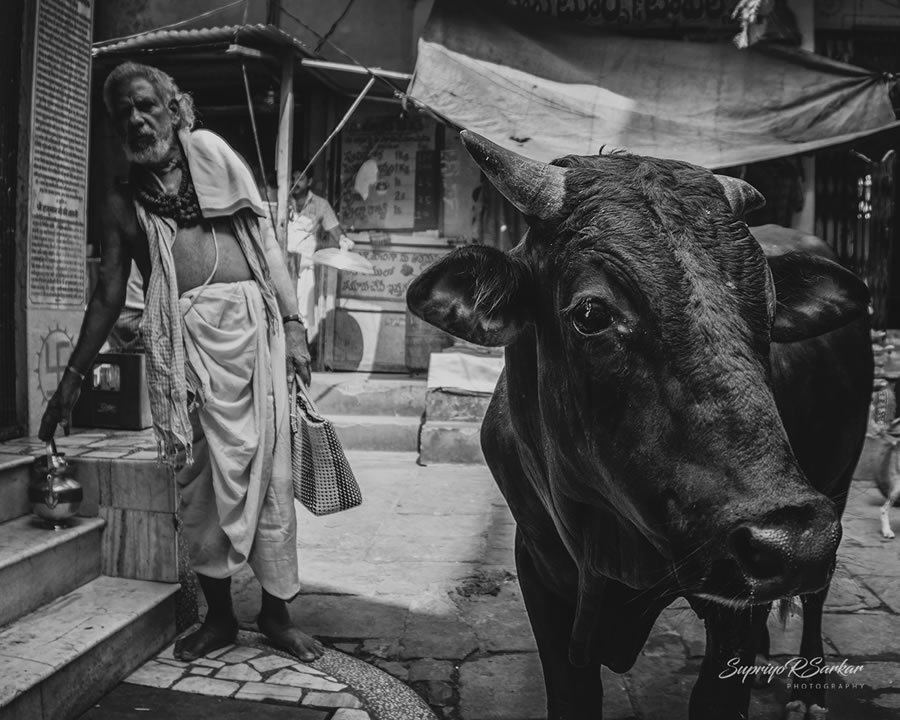 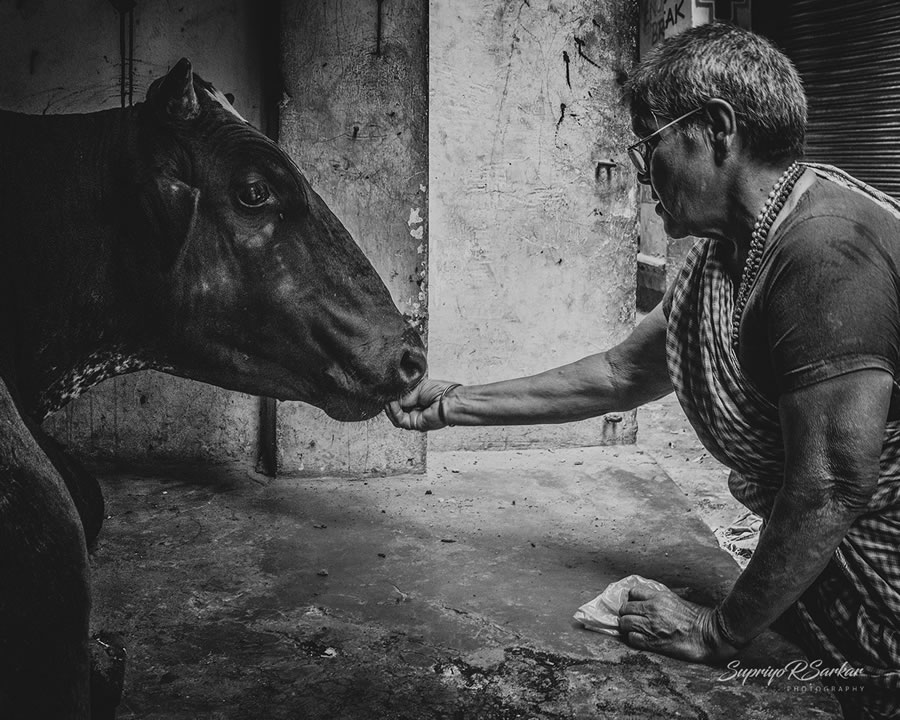 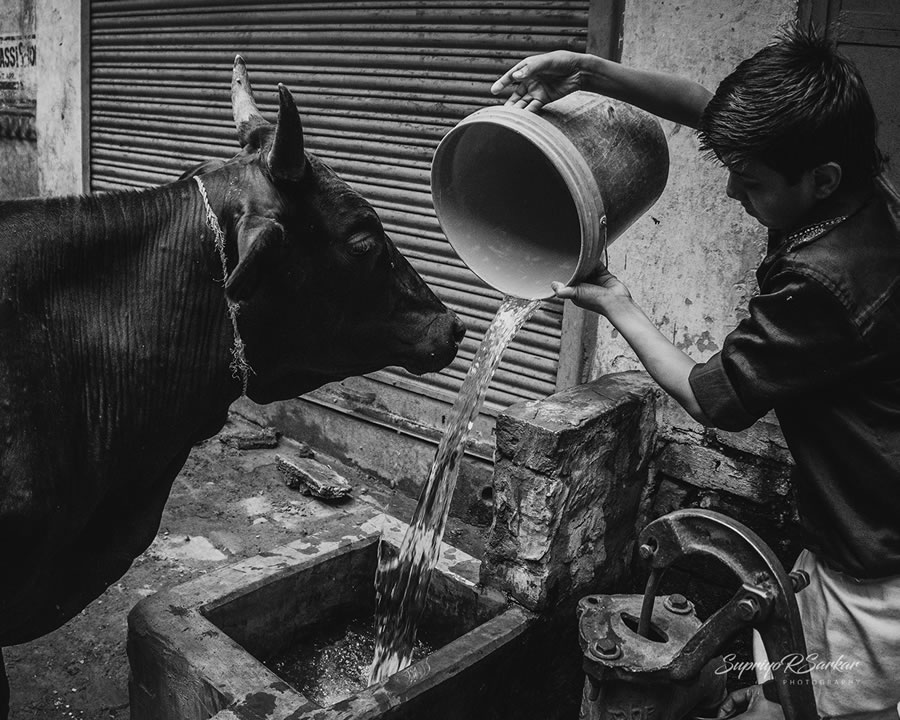 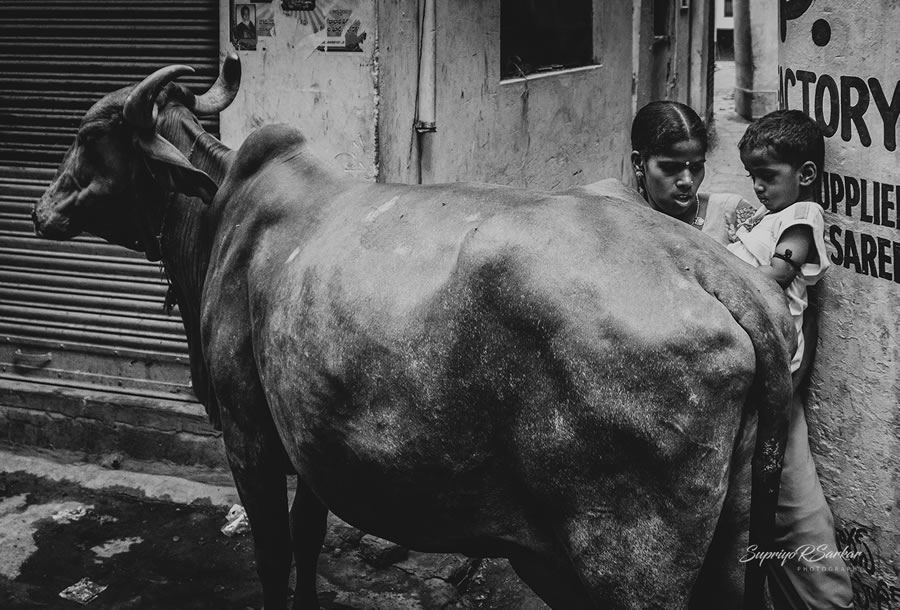 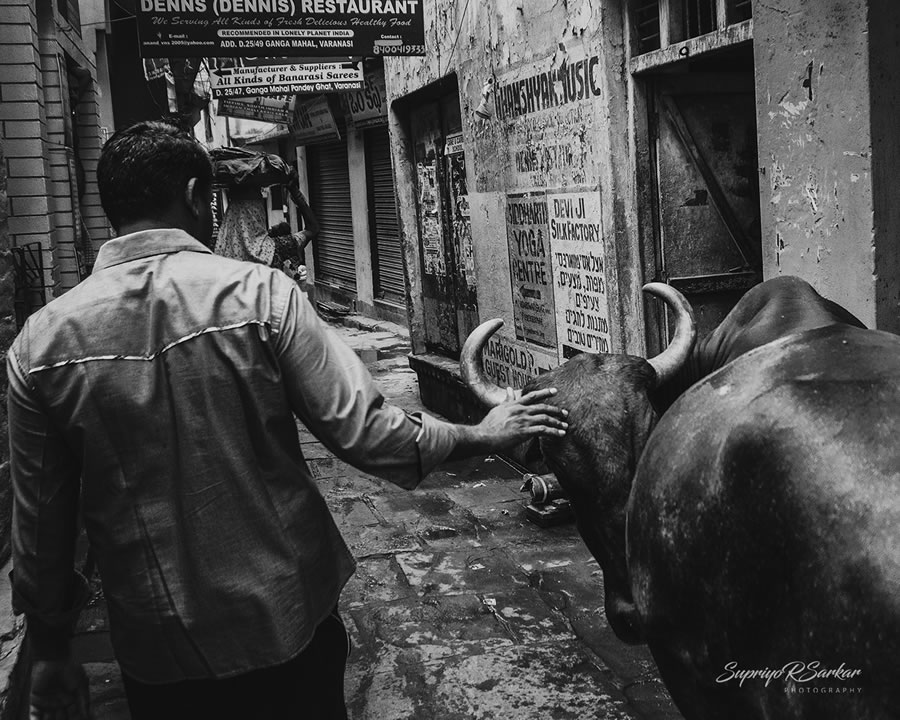 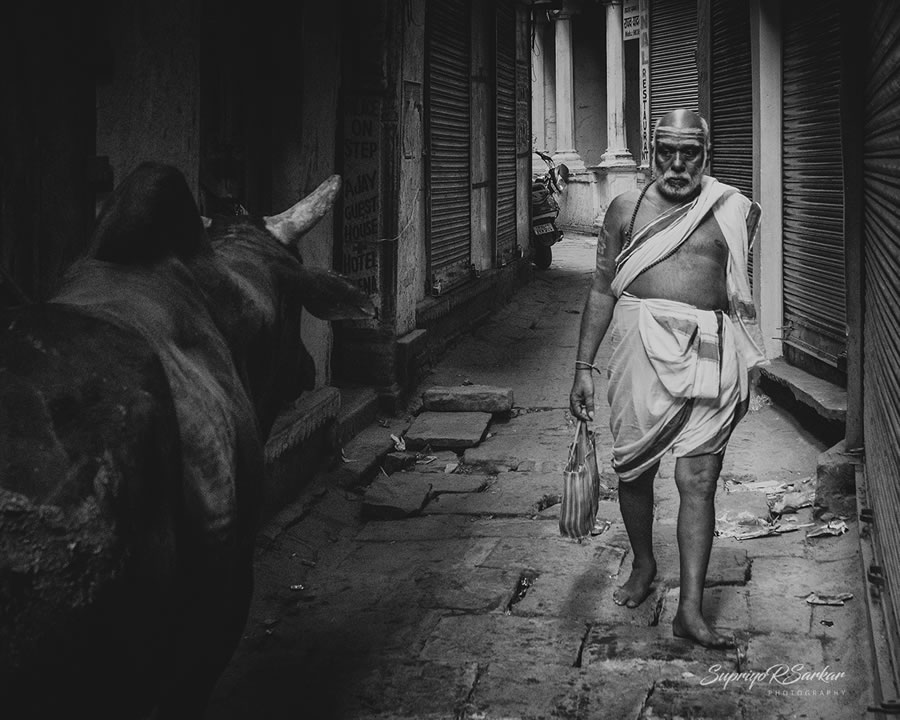 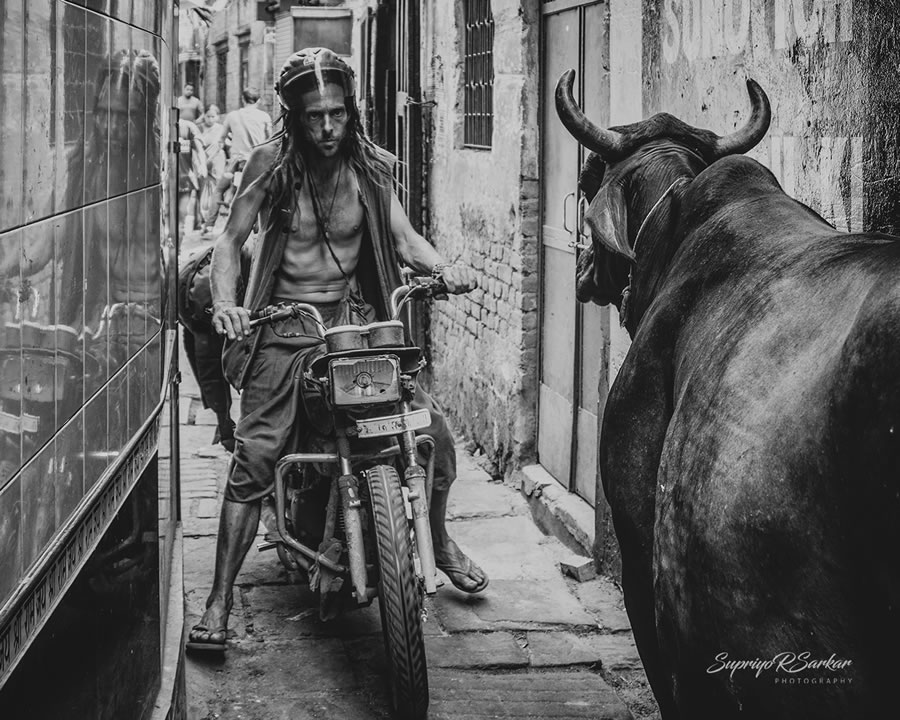 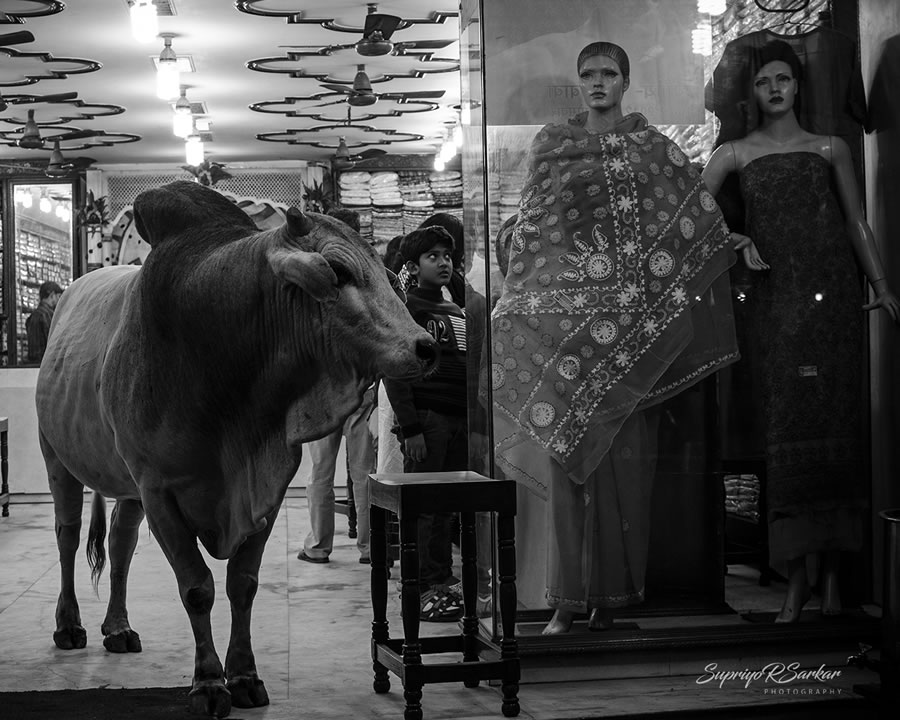 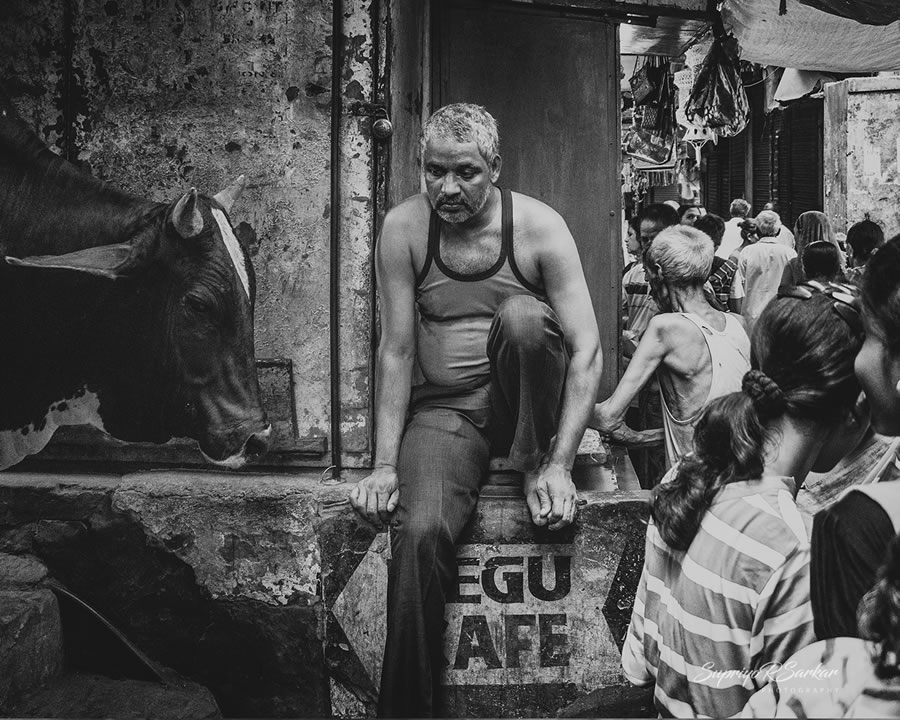 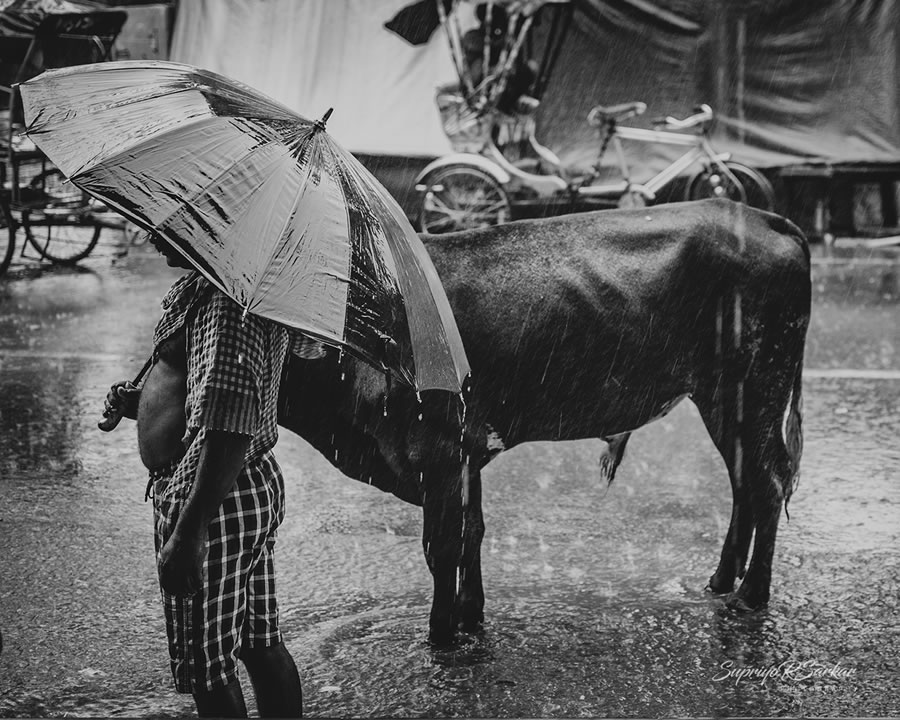 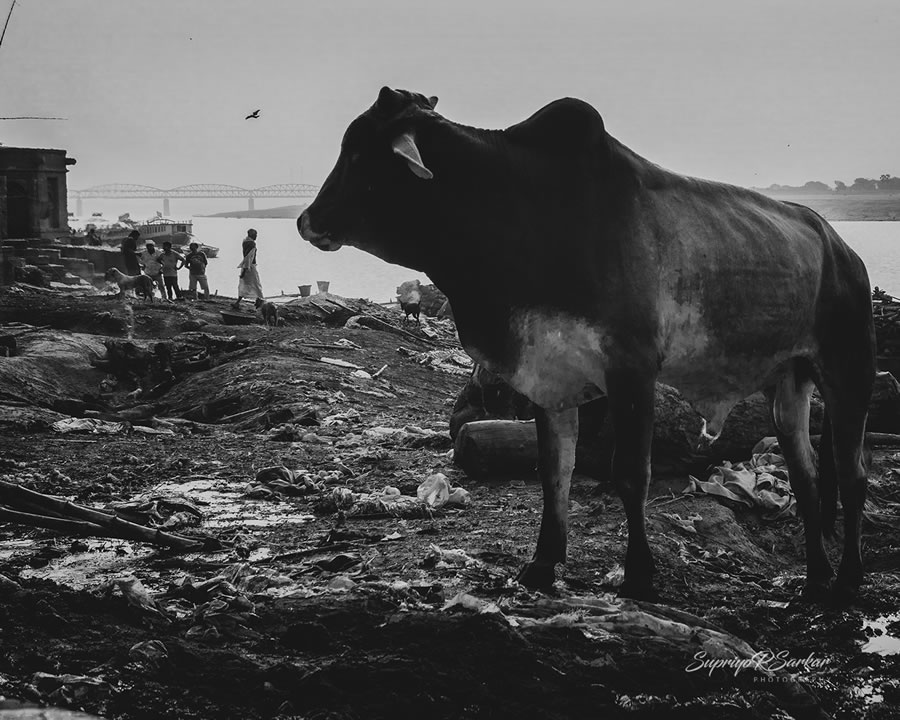 I am Supriyo Ranjan Sarkar, a self-taught photographer from Kolkata, India. Though I run a Kolkata-based visual communication design firm, photography is an integral part of my life. I began my journey as a hobbyist using a prosumer camera and gradually became more serious about it.

I have received several recognitions from renowned platforms such as Nikon India, National Geographic Traveller India, Epson India, U.S. Consulate General and South Asian Forum for Environment, and many others. I was a finalist in the prestigious HIPA Awards 2016. A wide range of my photographs have been selected for exhibition both in India and abroad:

In India: The Indian Photography Festival, Hyderabad and the first ever official Instagram Photography Exhibition in Kolkata, India.

Overseas: The Powerhouse Museum in Sydney, Australia and the Auckland Photo Festival in New Zealand. 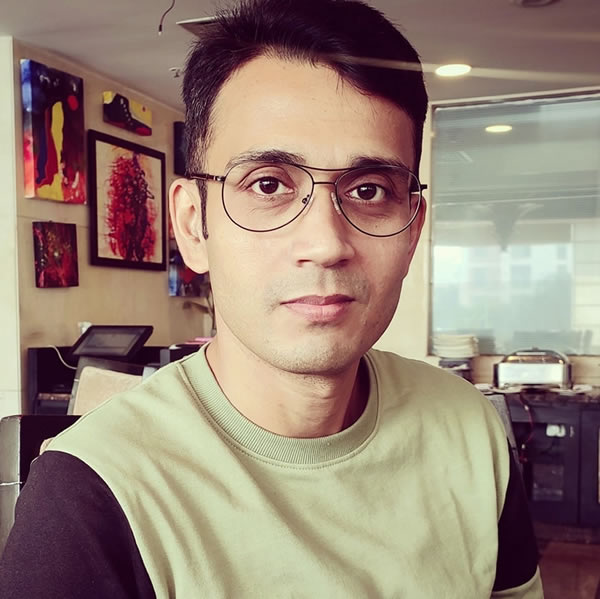 You can find Supriyo R Sarkar on the Web:

Copyrights:
All the pictures in this post are copyrighted to Supriyo R Sarkar. Their reproduction, even in part, is forbidden without the explicit approval of the rightful owners.